Dining in Europe is taken quite seriously. This is why it comes as no surprise that some of the best restaurants in the world can be found in Europe. However, due to this very same fact, Europe tends to have some of the most expensive restaurants as well. But, when you take a look at the aura that’s portrayed, quality and diversity of the locally based cuisine that’s being offered and the high level of customer service that is provided in some of Europe’s finest restaurants, a higher price tag does not come as a surprise. Let’s take a look at the top 4 European travel destinations with the best restaurants.

One of the things that make Italy’s cuisine so exquisite, is besides the fact that Italians are known for their intense passion for their cuisine, the recipes that each family utilizes are highly secretive and have been passed down for generations. What this translates to is that, unlike the restaurants that can be found in the western hemisphere who all share a similar recipe, each family owned restaurant in Italy, offers a variety of food selections, that each consist of a highly secretive recipe that has been passed down for generations. From Emila Romagna that features one of the most deeply flavoured and aromatic lasagna, Campania for its Neapolitan crisp-crust pizza to Veneto’s deeply entrenched peas risotto, Italy is an ideal destination to visit, if you want to experience the best that Europe has to offer. Here are some of the culinary highlights.
* Caseificio Borderi
* Veni a Tastari
* Porta Vagnu
* Paninoteca La Focaccia
* Caffee Italia

If you have a profound love for sausage, frankfurters or weisswurst, then there’s no reason why you shouldn’t visit the European destination that has mastered the art of producing foods like these. Many restaurants in Germany offer a wide array of sausages, bockwurst, landjager, brats, frankfurters and weisswursts in various styles. Germany’s cuisine is also regarded for being heavy in a way, that helps to procure a warm, yet strong feeling. Their beers of course, are subjugated to German Beer Purity Laws, which in essence helps to ensure quality. Some of the most popular are restaurants in Germany include:
* Skykitchen
* Marjellchen
* Restaurant Bieberbau
* Herz and Niere Restaurant
* Cafe Bleibtreu

Traditionally England and its neighbouring countries in the UK, were not known for quality cuisine. Think of this country and you think of bangers and mash, fish and chips and roast beef. But in the past two decades there has been a culinary revolution here. The UK boasts many of the world’s finest restaurants for modern dishes influenced by global favourites as well as updated British classics. VisitBritain has a good website section on food tourism. Hotspots for travellers wishing to sample top quality restaurants include London, Bristol and Manchester. Those who fancy seafood should head to Cornwall to experience one of the many fine restaurants in Padstow, made famous by celebrity chef Rick Stein.
* The Seafood Restaurant
* Koya Bar
* The Clove Club
* The Fat Duck
* Sticky Walnut

When it comes to the whole concept of enjoying a glass of wine with cheese, very few can argue that France is the ideal destination to visit, when it comes to experiencing the best wines and the finest cheese. France has also been regarded as being the home to “style cuisine” or in other words “fancy food.” Some of the typical courses that one can expect from some of the popular restaurants within France, include: steak fries, baguette, onion soup, flamiche, wine, cheese, ratatouille and chocolate souffle just to name a few. Based on the reviews that were made by several thousand tourists, some of the best restaurants within France, include:
* Cesar Milano
* La Petite Loge
* La Route Du Miam
* Le Sejour Cafe
* Le Milesime

If you want to visit a destination who’s cuisine consist of a variety of different influences, Croatia would be an ideal choice. Their cuisines are a mix of several difference influences which are: French, Mediterranean, Slavic and Italian. What this means is that, you don’t have to go to Italy, to experience a truly authentic Italian based lasagna, or France for some of the finest wines that Europe has to offer. You can instead, elect to experience Italian and French cuisine within Croatia. Due to this mix of influences, their cuisine set ups a delicious mix of different foods. They offer fantastic olive oil, that is on par with the quality that can be found within Greece, malvasia, prosecco and babic wines which while underrated, are gaining momentum as far as international popularity goes, and their roasted lamb “under the bell,” will surely delight the taste buds of tourists who have yet to experience charcoal BBQ lamb that has been cooked slowly in a domed clay bell. Some of the most famous restaurants in Croatia, include:
* Vis a Vis by Vincek
* Capuciner Grill And Steak
* Rio Bar
* Barba Danilo
* Chocolat 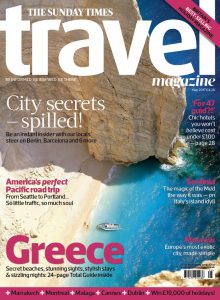